Zach "Cliff Hanger" Taylor - An excellent fisherman and rock climber, Zach is very fond of riddles. He once won a ring in a contest of riddles. He also loves fireworks but is strangely afraid of caves and spiders. He has started writing a book about his yearly adventures tentatively titled, "There and Back Again." 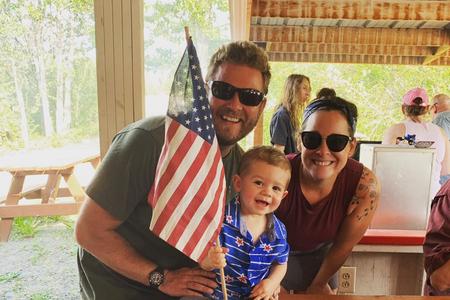 Klutina Salmon Charters is family owned and operated by two brothers: Glenn and Jay McDowell. Our fishing guides will offer you an exciting adventure down the Klutina River or Gulkana River. Even if you are only staying in our campground, they are always willing to give you advice about fishing and teach you how to land the BIG one. Come into our office to see Glenn. He can help you book a charter, reserve a camp site, or just keep you company on a rainy day. The staff at Klutina Salmon Charters always welcomes new and familiar faces.

Glenn "Six String" McDowell is co-owner of Klutina Salmon Charters. He has been guiding on the Klutina river for 10 years. Glenn will take you to the best fishing holes on our jet boat to make sure you catch your MASSIVE fish!
Glenn gets his nickname from his love of playing the guitar. You might hear him picking at pot lucks and campfires. It is rumored he made a deal down at the crossroads as a youth.  During the off-season Glenn is an elementary Art teacher. 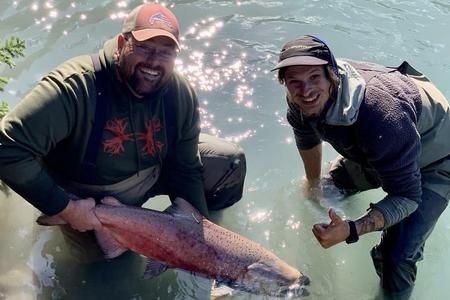 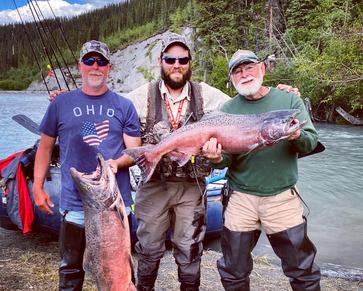 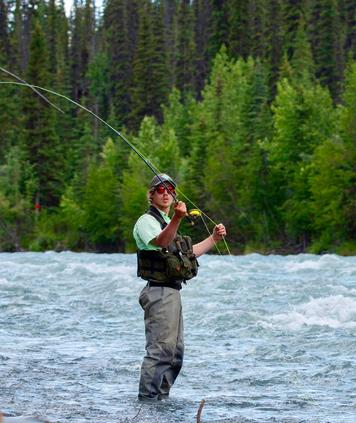 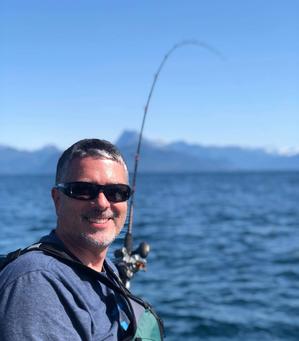 “Animal” Andrew Hageman - Andrew is a veteran guide who excels in helping the least experienced catch the biggest fish. Before being a fishing guide, he satiated his taste for adventure by helping the Baggins family return a priceless heirloom to its rightful place. He has a love/hate relationship with volcanoes and will spend his days telling tales of climbing one particular volcano while looking fondly on Mts. Drum and Sanford.

Matt "Reel Deal" Carter - Matt is a veteran fishing guide in Alaska who loves to travel. After traveling on his own for many years, he helped a small group of adventurers, whom he met at the Inn of the Prancing Pony. He successfully led them through the Marshes of Midgewater and continued to help them off and on throughout their journey. He is also known far and wide for his heroics at the Battle of Helms Deep.

Jay "Wolverine" McDowell  is co-owner of Klutina Salmon Charters. His first adventures in Alaska started in the 1990s and he has been in love with the state ever since. He has retired from guiding but is an avid fisherman and is eager to spread his love of Alaska to anyone he meets. During the off-season Jay is a high school teacher at an at-risk alternative school.